Do more today with the combined power of sustainability & performance

From Lead To Lithium: Battery materials 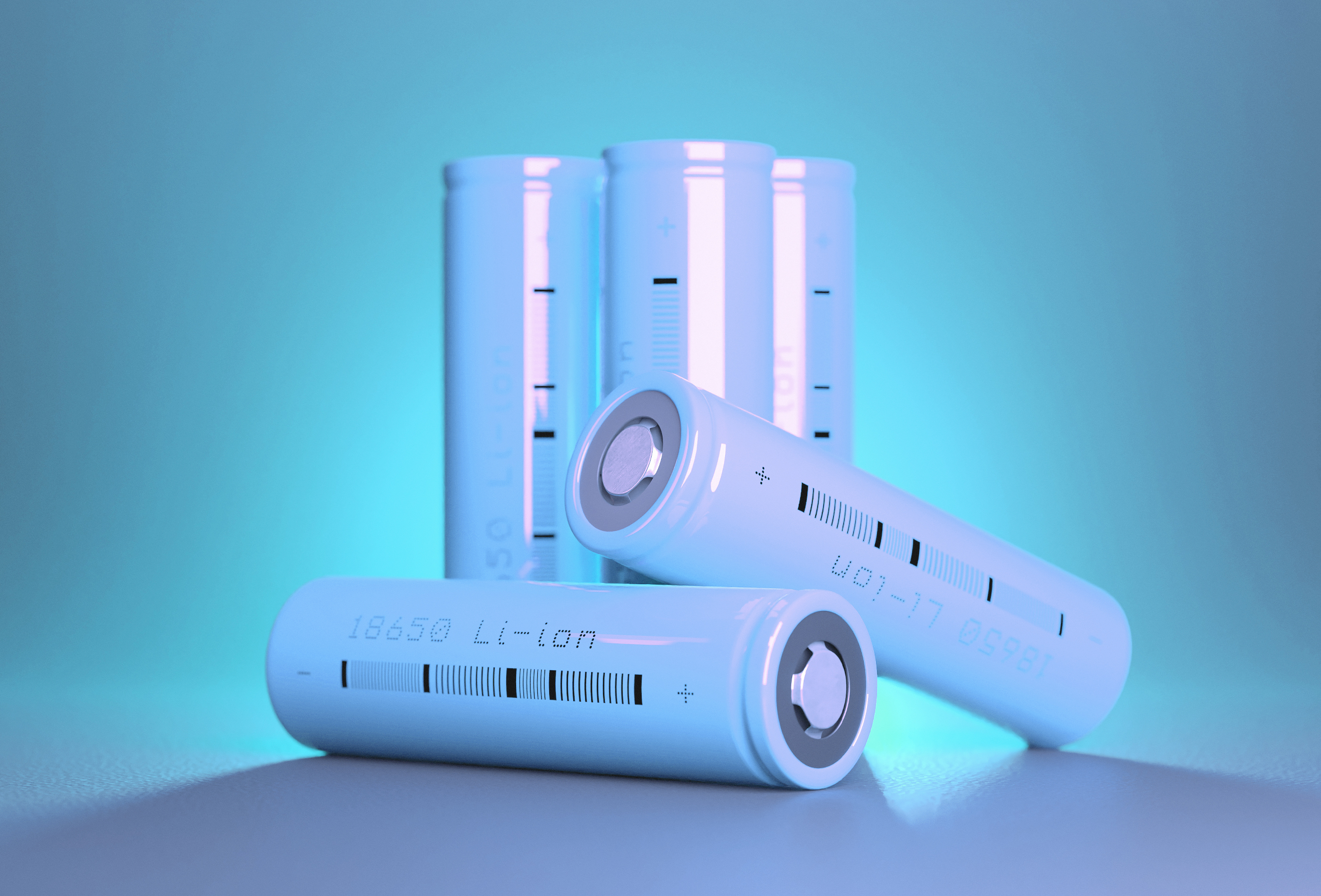 Battery materials: Our co-founder and CTO, Carlton Cummins explains how having a good understanding of battery chemistry and the latest developments in the market is what will enable us to build a renewable energy infrastructure to stand the test of time - and reduce waste.

The transition to clean energy is well underway and it is widely accepted that battery based energy storage has a major part to play. We therefore have a duty to build energy storage that will leave a positive legacy, and this is why a full understanding of the materials we use and how we can use them is so important.

Historically, lead-acid batteries have been the most commonly used batteries for energy storage - and were even used in early models of electric vehicles dating back to the 1900’s. Lead-acid batteries benefit from being a legacy technology which means: established supply chains, a robust recycling process and the knowledge to mitigate the risks involved, making them one of the safest and more affordable batteries to work with.

However, technology has moved on and lead-acid batteries have several drawbacks: they are large, heavy objects with a lifespan that is roughly three times less than modern battery materials such as Lithium-ion. There are also some nasty issues associated with recycling them, particularly in developing countries where they are often open-smelted, leading to lead leakage and carcinogenic smoke production.

Although in early development, sodium-ion batteries are fast becoming a viable competitor in the battery market. There are several advantages to sodium-ion as a battery material: the chemistry is more abundant, which keeps financial and environmental costs down, it can work more efficiently at cold temperatures and is arguably the safest battery material available as it is not flammable or unstable at low discharge settings. This last point also makes it ideal for stationary applications as well as being entirely safe for shipping and transportation.

However, there is currently a ‘lab level’ understanding of sodium-ion as a battery material so we do not have years of experience to draw on. It shows a lot of promise but there are questions as to the suitability of this material for certain applications - such as for the automotive industry - and there is still a lot we need to understand about it.

Currently, the most widely referenced battery materials sit within the Lithium-ion family. One of the earlier chemistries, Lithium cobalt oxide (LiCO) has a high energy density which is a key advantage but it is also one of the more volatile options. It also requires the highest amounts of cobalt which comes with geopolitical concerns as well as being costly. LiCO has a shorter lifespan than some of the newer siblings within the Li-ion family, which has in the past made it popular for consumer electronics but our throwaway culture is thankfully on the wane as concern for the environment intensifies.

Lithium iron phosphate (LFP) has no cobalt, is amongst the least volatile, with the highest safety ratings and benefits from one of the longest lifespans in the family which makes it very popular for renewable energy storage, particularly for stationary applications. It has also become a serious contender for automotive batteries due to the lack of cobalt and long duration. However, it is not the most energy dense by volume or weight so can be difficult to package. There has been a lot of interest in recent years in pushing the boundaries of LFP and this has resulted in a gradual improvement in energy density.

Lithium nickel manganese cobalt oxide (NMC) is the ‘goldilocks’ of the family. It’s a really good balance of a lot of what we need for energy storage, sitting amongst the highest in terms of energy density and providing a good balance of power delivery - which makes it useful in automotive applications. The challenge with NMC is to reduce the cobalt content, which has resulted in several variations and improvements over the years. NMC is more volatile than LFP, not as volatile as LCO but more costly than both.

These three are the most popular Lithium-ion battery chemistries currently in use. There are continual tweaks being made that will change performance as the technology improves.

Vanadium flow batteries are self-contained, rechargeable batteries that basically move fluid from one chamber to another. They are often used for large scale installations such as grid energy storage but are not the best for delivering power over long periods of time. Because you are dealing with fluid flowing from one tank to the other, the drawbacks are less to do with the chemistry as the need for regular maintenance. They are also not as compact as other battery products so would not be suitable in space constrained environments such as residential or urban settings.

The Lithium-ion family will be around for a long time and the chemistry behind these technologies will evolve, continuing to be challenged - particularly by sodium-ion due to its safety benefits and widely available materials. There really is no telling where the next contender will come from so it will be important to keep an open mind. This is why we have designed Aceleron’s energy storage products to be disassembled and rebuilt, enabling us to use the best materials available today, whilst being in a position to keep pace with the developments of tomorrow.

A version of this article first appeared in PV Magazine, August 2022: https://www.pv-magazine.com/magazine-archive/from-lead-to-lithium/ 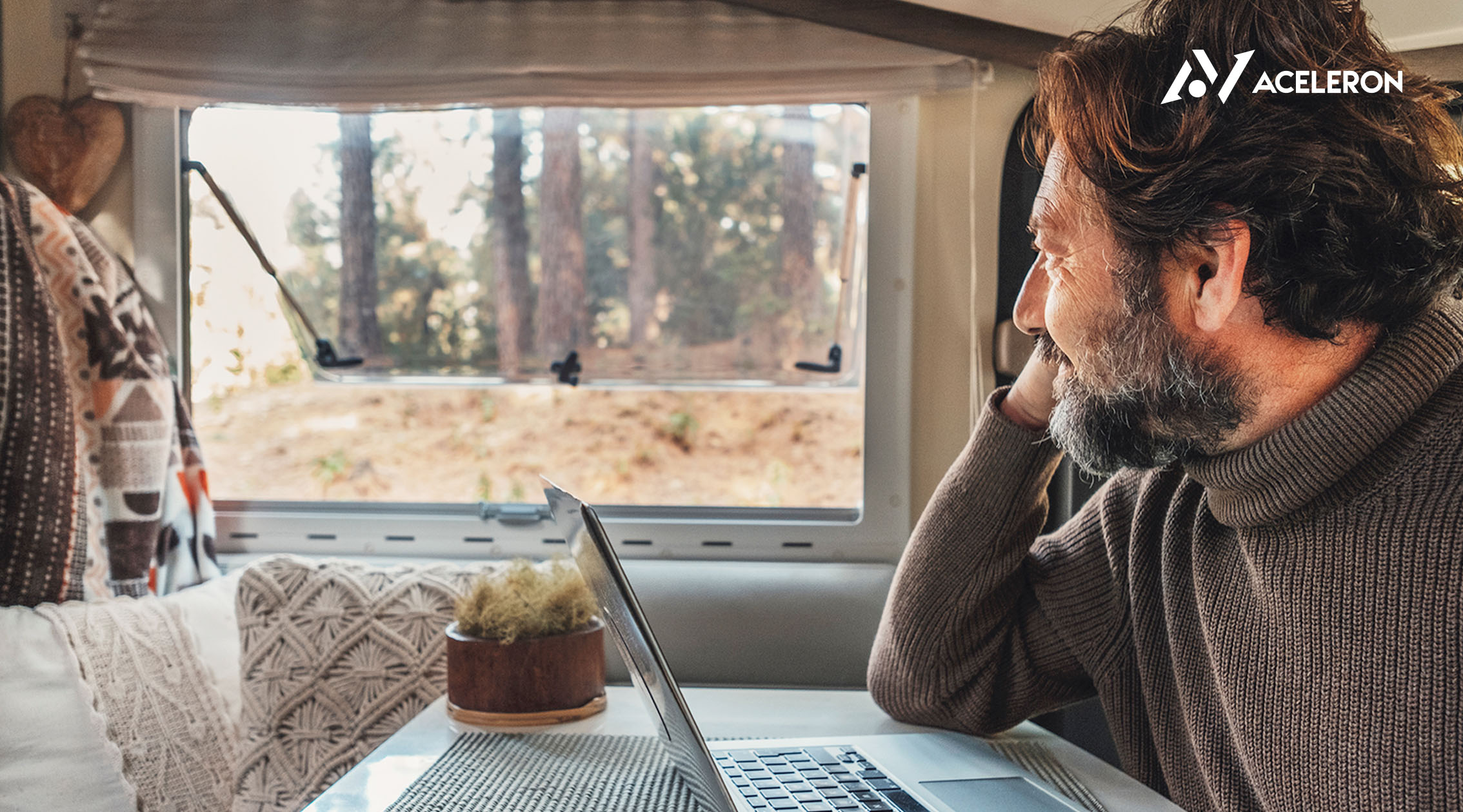 Gaining independence from the grid: everything you need to know about energy storage

Thanks to the current energy crisis, interest in harnessing renewable energy is unsurprisingly on the rise. Our co-founder and CTO explains how energy storage works to increase our access to renewable energy. 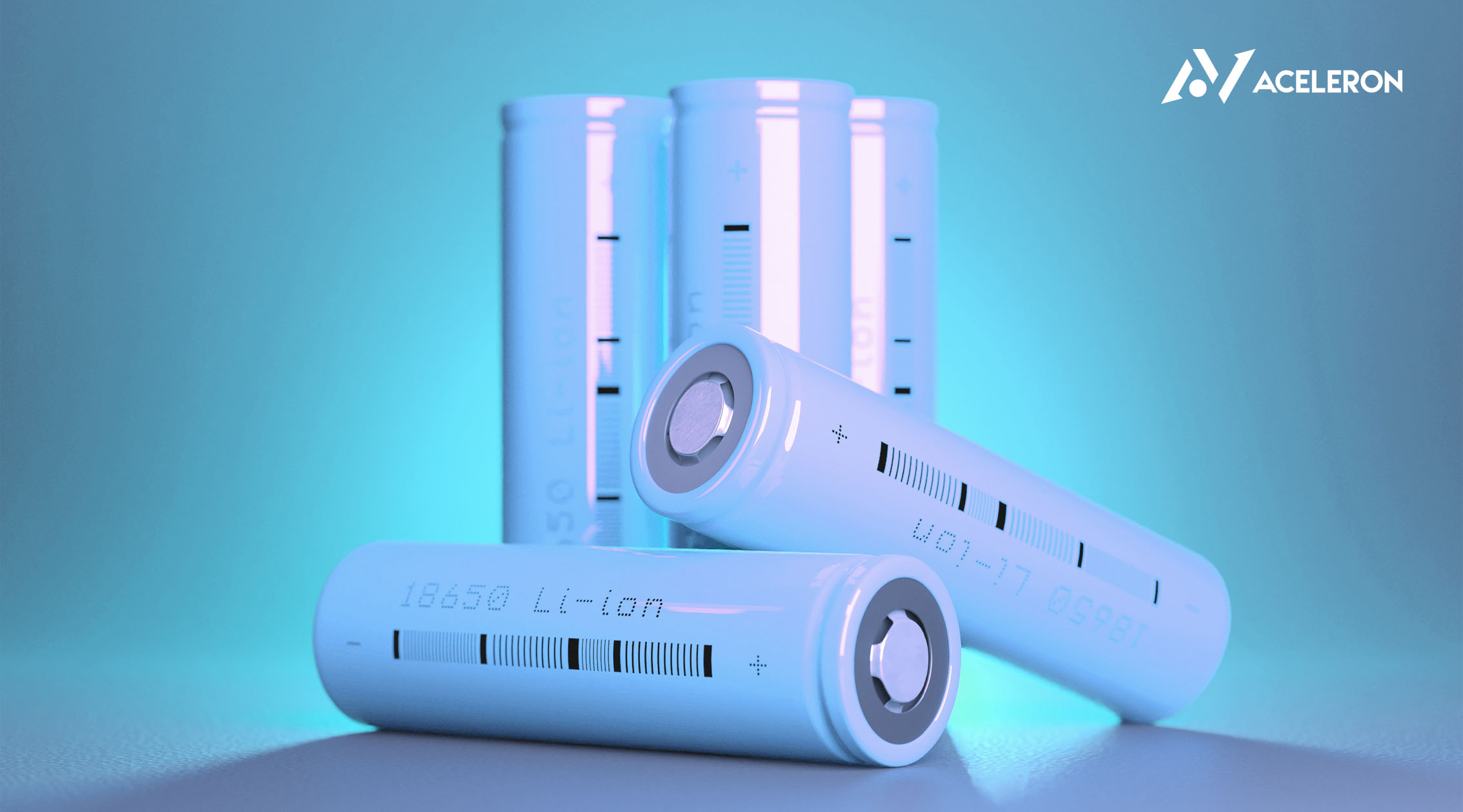 From Lead To Lithium: Battery materials

The transition to clean energy is well underway and it is widely accepted that battery based energy storage has a major part to play. We therefore have a duty to build energy storage that will leave a positive legacy, and this is why a full understanding of the materials we use and how we can use them is so important. 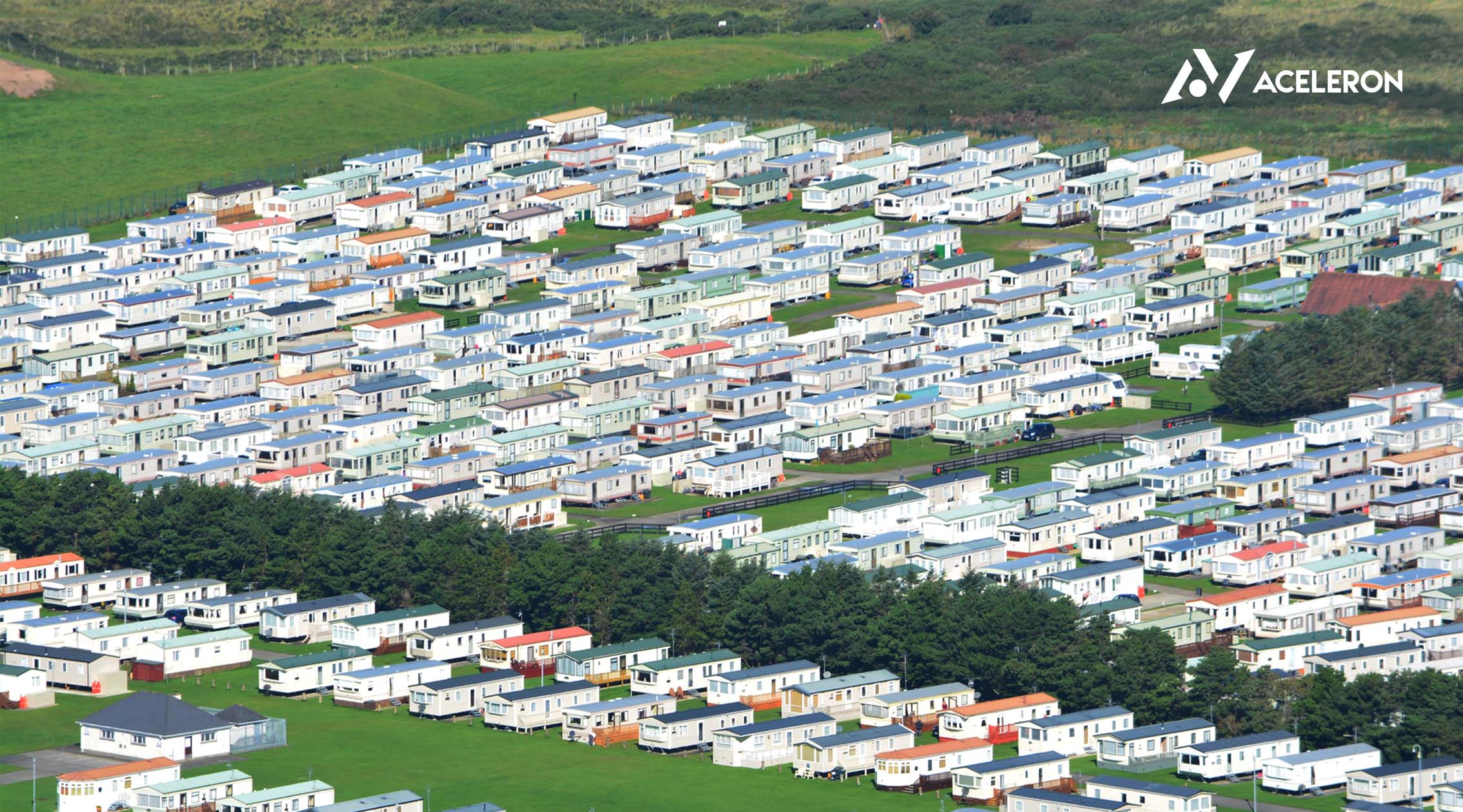 Is now the time to invest in long-term renewable energy supply?

Now is unquestionably the time to consider investing in a long term supply of clean energy that will give us independence from geopolitical influences whilst also contributing towards reaching net zero. With prices as high as they are, the initial cost outlay could be recouped in as little as five years which is all the more reason to seriously consider switching to a clean energy source. 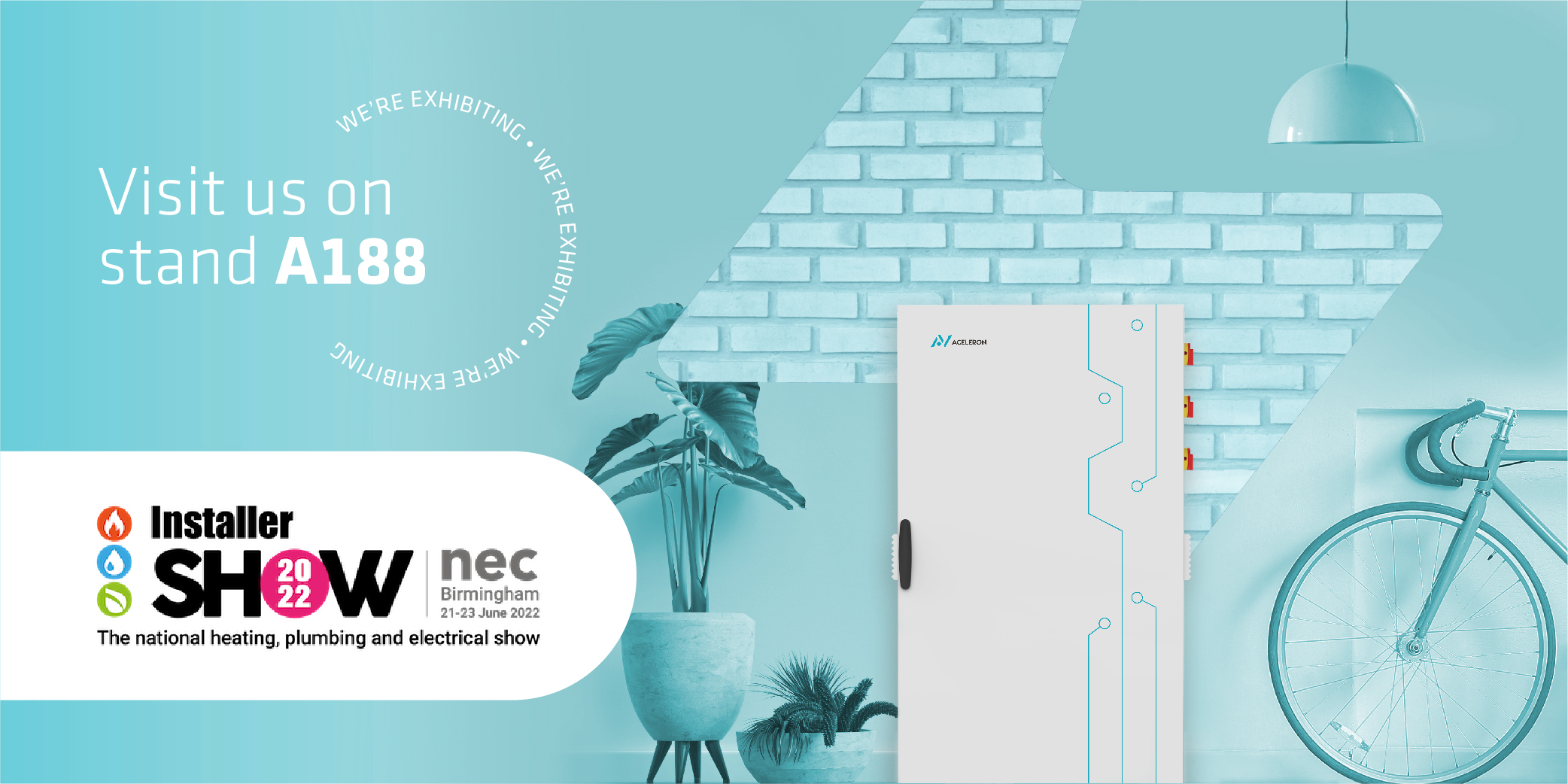 How will we heat our homes in the near future and what could that mean for installers?

With traditional boilers shortly being phased out, it is an interesting and, perhaps, uncertain time for installers in terms of what the alternatives will be and where the business opportunities lie - particularly for repeat business. 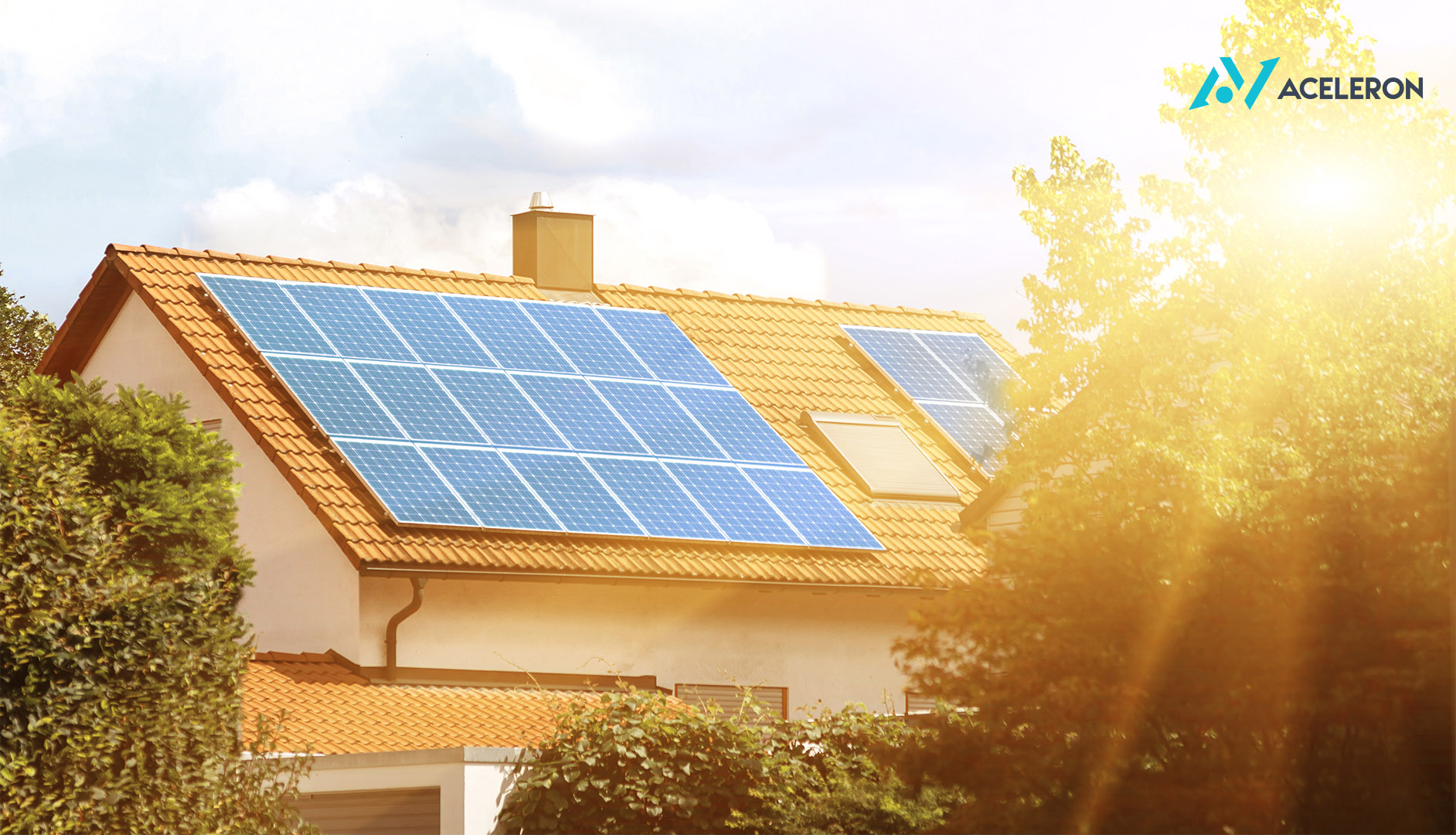 Energy for the future: What will the ‘Boiler 2.0’ look like?

With gas boilers in the UK being phased out from 2025, the race is on to find a reliable, long-term and carbon-neutral alternative. Storing renewable energy for use even when the sun isn’t shining or the wind isn’t blowing has, without doubt, a significant part to play. 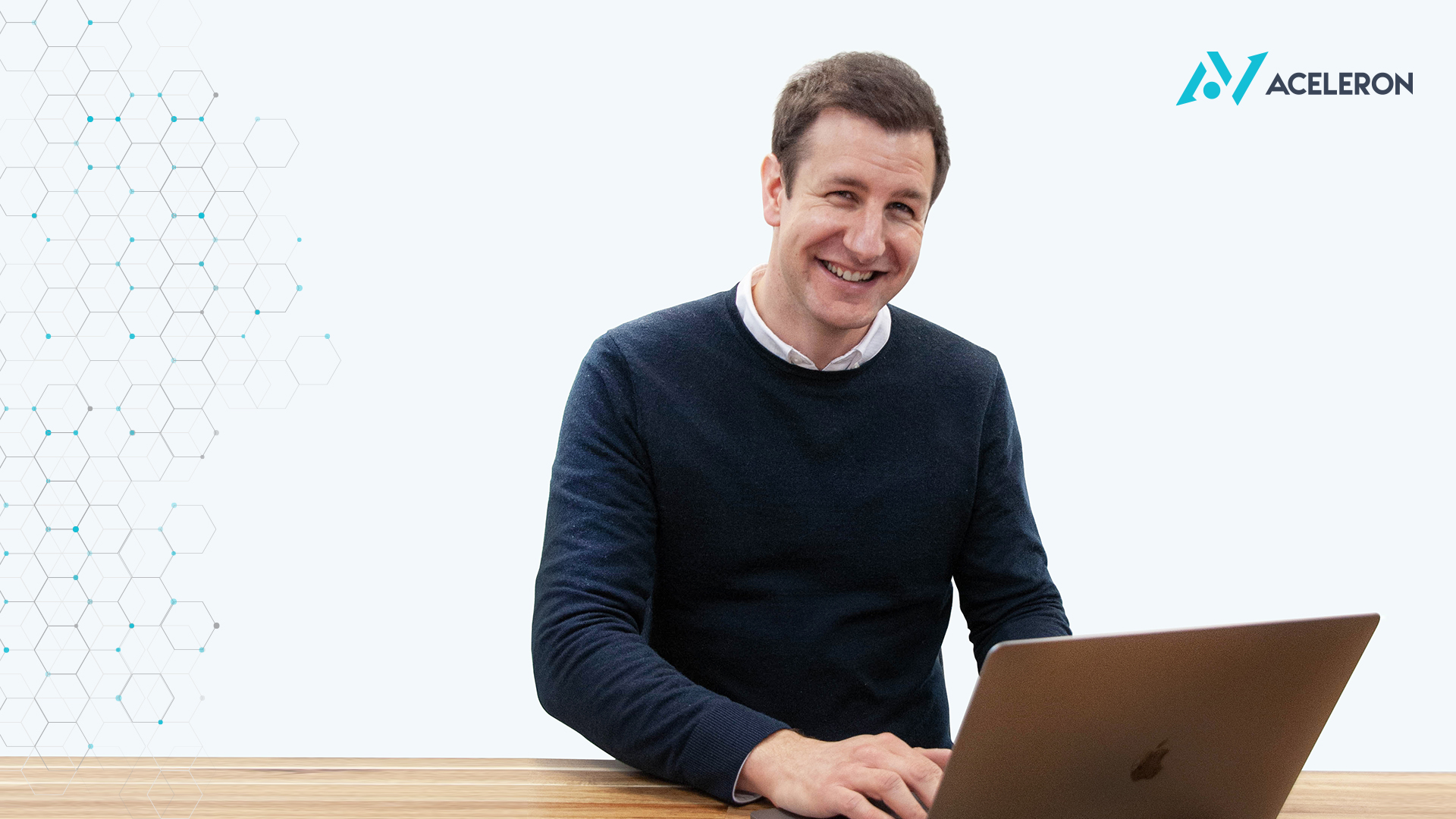 How Aceleron reimagined what lithium-ion batteries need to be today.

Upon a successful launch of the Essential Battery, we decided to dig a little deeper as to how our Chief Product Officer, Matt Isted reimagined what lithium-ion batteries needed to be today. 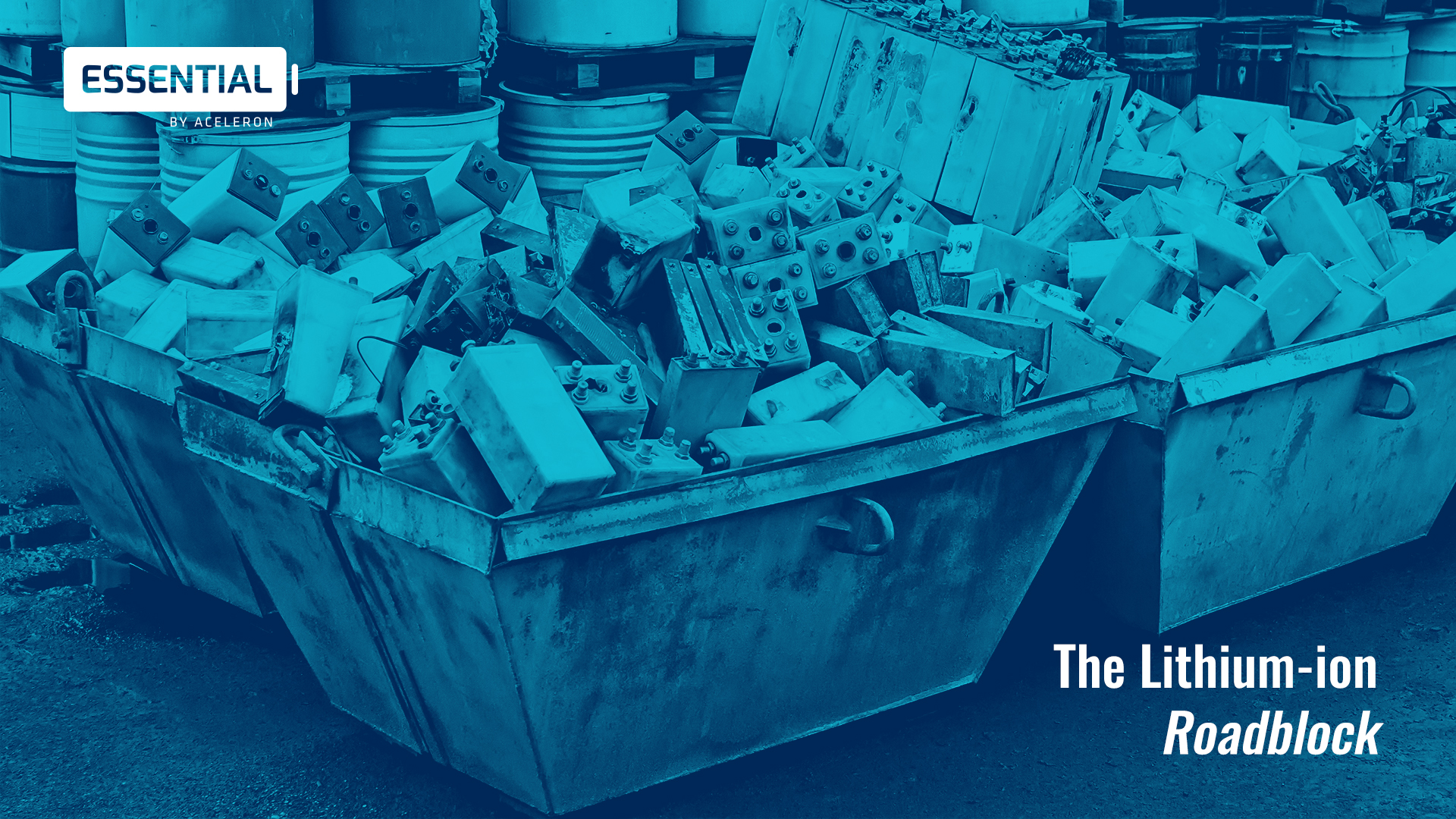 Lithium-ion batteries today are made like consumables. They’re produced to be used and then disposed of. The challenge is that these batteries are often manufactured in a manner that isn't sustainable. Discover how Aceleron have overcome this sustainable roadblock. 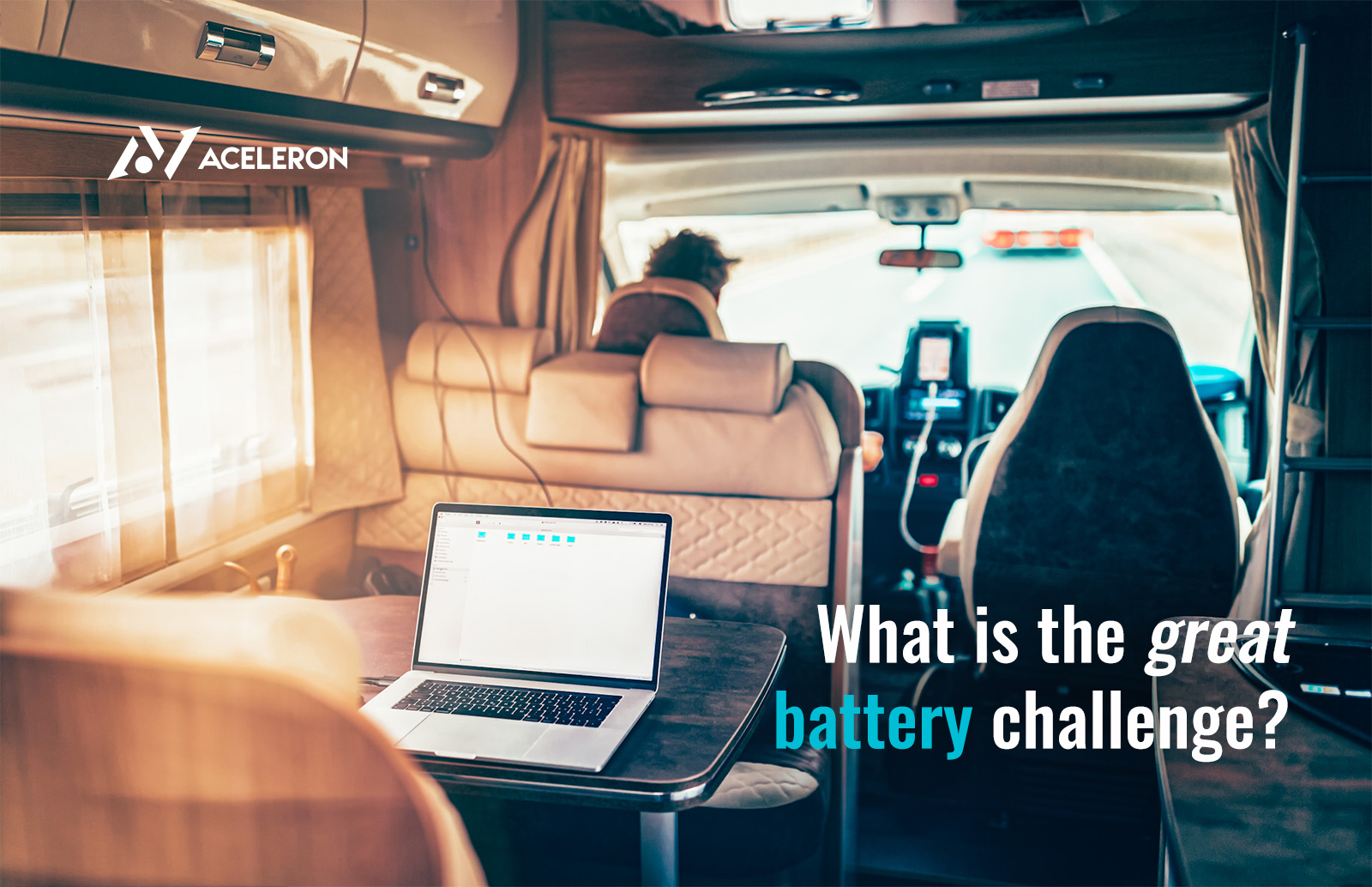 The Great Battery Challenge I

Let's talk about Batteries... How often do you think about batteries? If a battery is designed well, that means it is effectively doing the job, which gives us one less thing to worry about. Batteries are silent operators in the many things we use daily, and yet we don’t realise how beneficial the power they provide, truly is.

Home energy storage is an essential part of the green transition and is key for the future of sustainable homes. Aceleron partners with Resilience Energy to transform urban living. 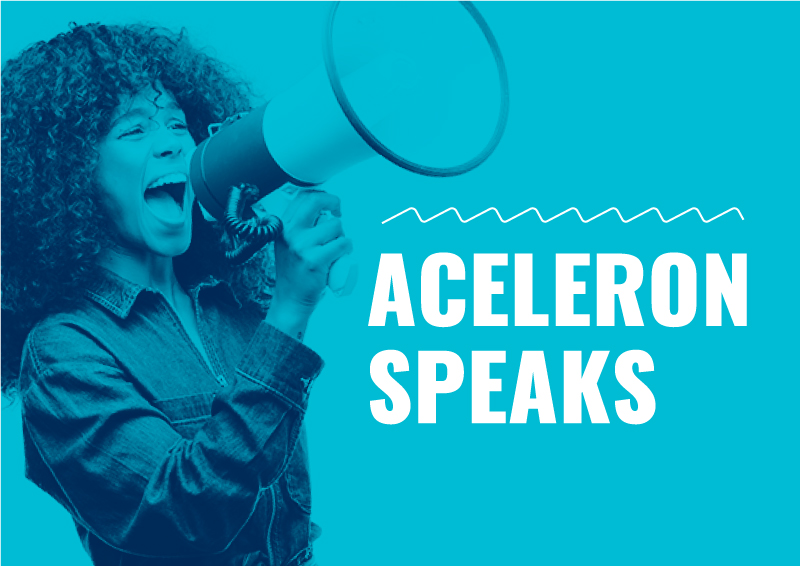 Our Aceleron Speaks series is all about celebrating the amazing people behind Aceleron. This month we chat (virtually) with Greg, our Chief Operating Officer. 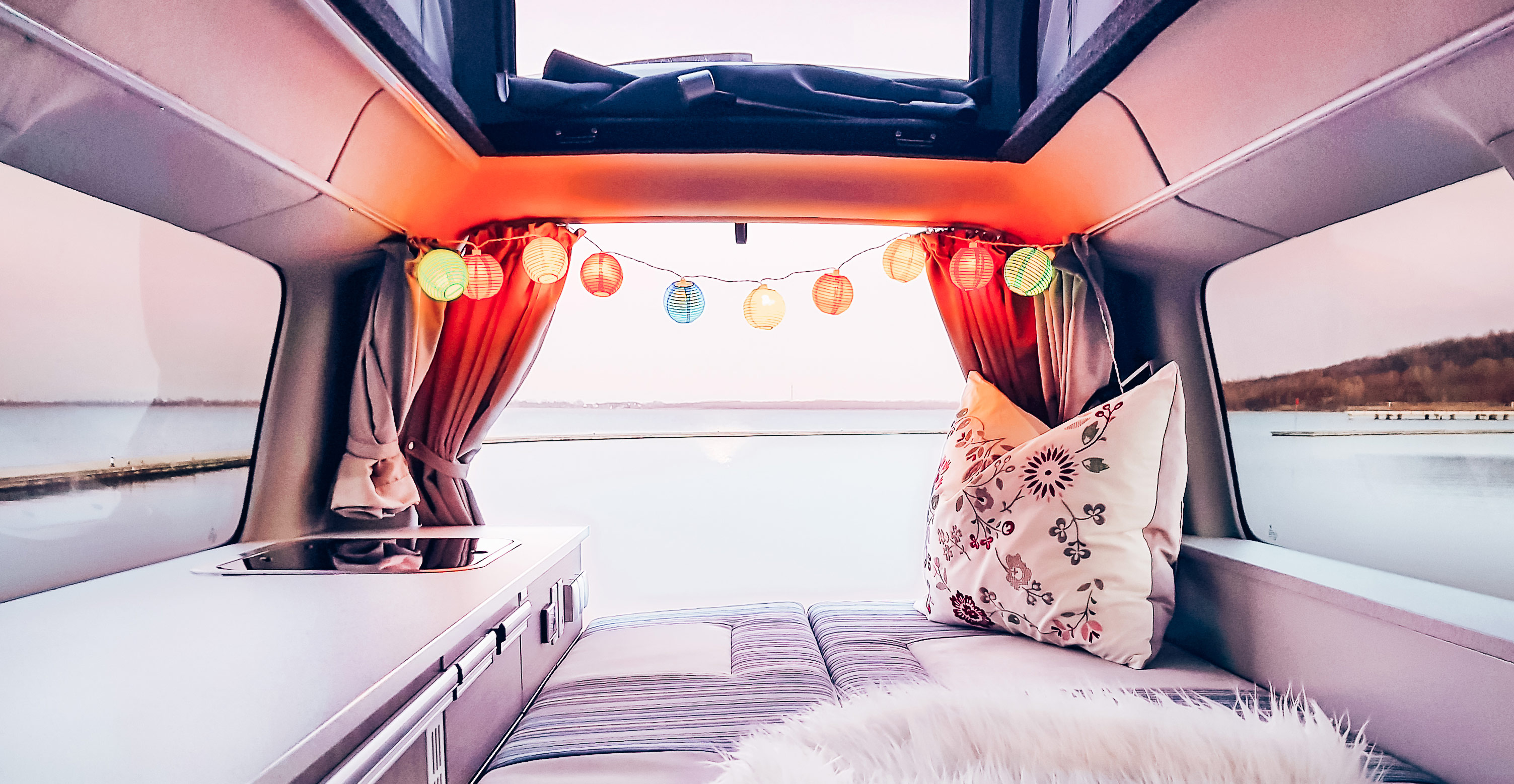 For all battery owners, learning how to look after your battery in the long term is essential to maximise your battery health. Do you need advice on charging your battery? Find out more. 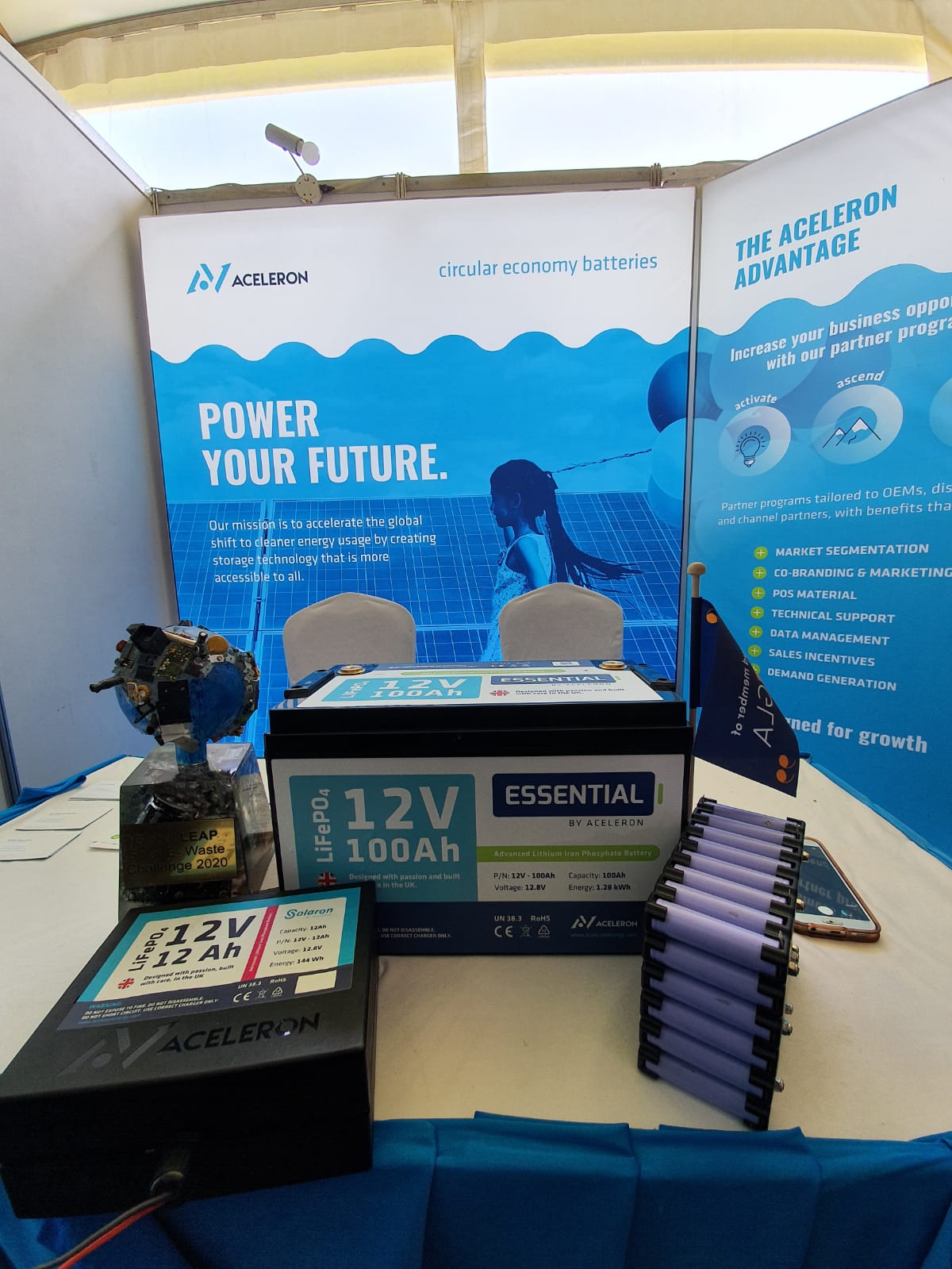 A reflection on the week some of the Aceleron Team spent in Kenya at the Global Off-Grid Solar Expo (GOGLA).

Our Aceleron Speaks series is all about celebrating the amazing people behind Aceleron. We are kicking things off with a Q&A with our new Business Development Manager, Rob. He sat down to talk to us about his experiences in the energy industry. 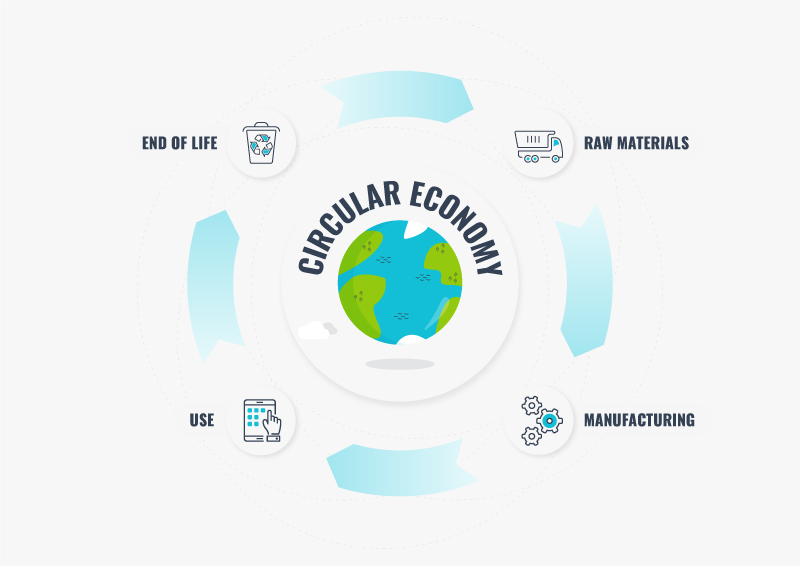 What does Circular economy really mean?

The Circular Economy is a phenomenon that is growing with popularity, as it sets out to spell an end to a traditional linear economy focused on production, consumption and throwing things away.